I figured I would share my weird moment since it seems to fit within the context of this sub.

I was gifted a Roomba for a Christmas, because nothing says “Happy Holidays” like someone implying your floors are gross. I set it up and used it and was actually appreciative of it. It’s a neat device.

A few days later I ran the vacuum again and as it was rolling about it sucked up some strip of fabric from in front of my roommates bedroom door. The Roomba signaled an error and I ran to the rescue.

I stopped by the kitchen and got my good screwdriver out of the drawer. It is the type that has multiple heads that you can switch out depending on the need.

I returned to my recliner, sat down,unscrewed what was needed, and removed the strip of fabric from the roller bar and the sweeper arm. As I was removing the strip of jammed fabric, I set the screwdriver down on the armrest of the recliner. When I was done, I went to pick it back up and it was gone.

I thought I had dropped it between the cushion and the armrest, as I am constantly dropping my phone there and pretty much anything I set on the armrest. I get up and feel around for the screwdriver, but come up empty-handed.

I move the seat away from the wall to see if the screwdriver was under the seat. It wasn’t.

At this point, one of my other housemates gets home and sees me looking perturbed. I tell him that I can’t find the good screwdriver and asked him to go get me a Phillip’s head screwdriver from the drawer in the kitchen.

He goes to the kitchen and comes back to me holding the very screwdriver i was looking for.

We only have one of that type of screwdriver and I never got up and returned it to the drawer. I was the only one home when it went missing, and I am almost 100% positive that I didn’t go full automaton and return it in some kind of fugue state (though I don’t discount that as an option).

I have no idea how the screwdriver ended back in the drawer. It was next to me on the recliner one moment, then gone the next.

I’m not a believer in “glitches” (though I love the stories collected here) , and for the most part think that every oddity has natural explanation. Not sure what the explanation is for this, other than somehow getting up and walking into the kitchen on auto-pilot.

Have you experienced an inexplicably disappearing item? Share your tale in the comments below. 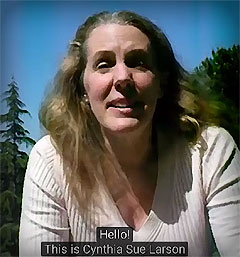